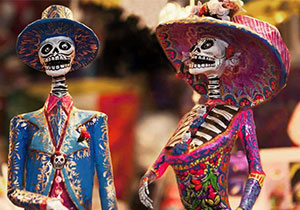 The Day of the Dead is one of the most representative traditions of Mexican culture and unlike many other places in the world, in Mexico it is practically considered as a festivity. This festival is native to thepre-Hispanic culture, and like many others was mixed to the European during the colonization, enriching rites and ceremonies […]